Aug. 12, 2021 — The 81st Sturgis Motorcycle Rally, a 10-day event of riding, food, and concerts, has just passed its halfway point, with some observers estimating that at least 500,000 have gathered in the western South Dakota town that normally houses about 7,000 residents.

"I'm very concerned … that we’re going to see another surge related to that rally," Fauci said.

But officials in Sturgis point to safety measures in place to slow the spread. "We get a lot of flak about us becoming a super-spreader [event], and I don't believe that," says Sturgis Police Chief Geody VanDewater.

The city, as well as health care institutions, have taken a number of precautions, he and others say.

"Hand sanitizer stations are all around town," VanDewater says.

To encourage social distancing, city officials are allowing rally-goers to walk around town and drink beer and wine, rather than crowd into an indoor bar, if they get a special wristband and buy a souvenir cup (about $10). They can use the same cup for the entire rally, VanDewater says. COVID vaccines are also available.

The Department of Health teamed up with Monument Health, which has a hospital and clinics in Sturgis, to supply free antigen tests, with results given in 15 minutes. They were given to tourism centers and other locations. A worker at City Hall said Wednesday she's gotten 70 calls requesting the tests. There's no tally of the total number of the tests requested by rally participants or distributed so far, says Christina Steele, a city spokesperson.

The sanitizer stations have large dispensers that people can walk up to and pump from. "I don't think any have been refilled yet," Steele says. "People I have seen are carrying their own little [sanitizer] bottles. The city has free masks, but no one has asked for one that I know of," though some do carry their own.

Health care facilities are gearing up for an expected increased demand. Calls for health care services are ''a bit up," says Dan Daly, spokesperson for Monument Health. The Sturgis Hospital is a small, critical access hospital; serious cases are taken to Monument Health Rapid City, about 28 miles away, he says.

By Wednesday, Brook Eide, MD, medical director of the emergency department at Monument Health Rapid City, had seen three COVID-19 cases, including two rally participants — one who needed to be ventilated — and one local resident.

"This year, we have definitely seen an increase in motor vehicle-related injuries and illness," Eide says.

Because many of the rally participants are older, many are also dealing with other health issues, he says, such as heart or lung problems, so that can complicate recovery.

From Friday to Wednesday, Daly says, the Sturgis emergency department logged 155 visits, compared to 131 for the same 5-day span in 2020 and 182 for the total rally period. In all, the emergency rooms at five facilities, including Sturgis, have logged 325 visits so far, higher than the 5-day total of 306 in 2020.

About 47% of South Dakota residents are fully vaccinated, but just 37% of residents in Meade County, which includes Sturgis, are.

South Dakota Gov. Kristi Noem tweeted before the rally's start that, "There's a risk associated with everything we do in life. Bikers get that better than anyone."

Webcams, with live footage from in and around Sturgis, show rally participants riding and walking, most maskless.

Twitter has a mix of tweets expressing fear about an explosion of COVID cases and celebrating freedom.

"There's going to be some real bargains on Harley-Davidsons in the next couple of weeks," says one tweet. Numerous others post photos of downtown and concerts.

Despite the precautions, "I think it's likely to be a super-spreader [event]," says William Schaffner, MD, a professor of preventive medicine and infectious disease specialist at Vanderbilt University Medical Center in Nashville. "I think this is a population that is not well-vaccinated," he says of rally participants. "They do spend a lot of time outdoors, but also indoors. They are a robust group and [tend to] speak loudly. I think there is plenty of opportunity for the virus to spread. And you can be sure that some brought the virus with them."

Schaffner points to a report in the journal Clinical Infectious Diseases that summarizes the COVID-19 spread associated with the 2020 rally. CDC researchers requested information on lab or clinically diagnosed COVID-19 cases detected after travel to the rally from 54 health departments in all 50 states; 39 of these supplied data.

Based on that data, the researchers conclude that at least 649 cases were identified and linked to the rally, including secondary and tertiary spread to close contacts in numerous states.

But another study done last year at San Diego State University and the IZA Institute of Labor Economics concluded that the 2020 rally was linked with about 260,000 cases, generating public health costs of $12.2 billion.

In the recent journal report, the researchers suggest that mass COVID testing should be offered to unvaccinated participants during and after the event to find cases as soon as possible, ''ideally before travel back home." 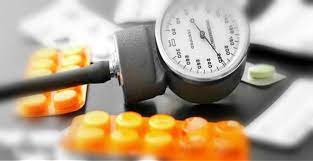