What are the final stages of a brain Tumour?

When a tumor grows in the brain region, we will expect a lot of complications for its growth, so we are here to present the complications of brain tumor.

A brain tumor is a mass of cells that grow abnormally in an area of ​​the brain. The size and location of this mass have a range of complications. In this article, we will try to highlight the complications of a brain tumor:

The most important complications of a brain tumor include:

Tumor growth in certain areas may cause stomach pain, in addition to the most important symptoms of radiation and chemotherapy, feeling sick.

On the other hand, anti-nausea medications (anti-emetic) help relieve nausea.

This is due to the growth of the tumor in the language and speech centers of the brain, which leads to confusion in vocabulary and difficulty in speaking and completing the conversation, so it is recommended in this case to try to guide the patient to speak slowly and calmly and to consult a therapist specialized in this field.

The growth of the tumor may affect the sites responsible for vision and vision, such as: double vision, or there is blurry in it, in this case, it may resort to reducing the size of the tumor through surgical intervention to correct the matter.

Brain tumor may press on the nerves in the inner ear , causing some problems in the arrival of nerve impulses from the ear to the brain, and thus the loss of the sense of hearing sounds high – pitched or low, and may be hearing loss in one ear.

If the tumor grows in the cerebellum area responsible for balance, this may lead to problems in controlling walking and controlling the position of the body in a state of rest, so it is recommended to use a crutch to control and maintain balance.

Most often, personality changes are a complication of a brain tumor as a result of tumor growth in areas of the brain responsible for the personality or mood and emotional state of the patient.

This is a life-threatening condition, as if bleeding occurs in the brain, it leads to inflammation of the brain, which can lead to increased pressure inside the skull.

A brain herniation, which occurs when the brain is pushed into the spinal cord due to intense pressure from the tumor, fluid, inflammation, and bleeding can occur.

Signs of a brain herniation include rapid breathing and rigid posture

A brain tumor is not painful in itself, but as it grows and increases in size, it may press on the blood vessels and nerves in the brain, which may lead to headaches, which is a complication of a brain tumor.

The advantages of this headache are that its severity increases during the morning periods and during exercise or any physical exertion, and it lasts for several hours, and it can be controlled by medications prescribed by the specialist doctor.

Other complications of a brain tumor include:

In addition to the above complications, symptoms of a brain tumor include:

If the brain tumor is located in a place that can be reached by surgical intervention, the surgeon will work to remove the brain tumor or part of it without affecting the healthy brain cells.

The principle of radiation therapy is the use of high-energy beams such as X-rays to kill cancer cells, and radiation therapy takes two forms, either exposing the patient to radiation from outside the body, which is the most common form of it, or placing a device inside the brain near the tumor and this form is used in rare cases .

In chemotherapy, medications are taken either orally, usually in tablet form, or intravenously, in the form of an injection.

Chemotherapy is known for its side effects, such as: nausea, vomiting, and hair loss, but it should be noted that the side effects depend on the type and dose of medication received.

Symptoms of heart disease in children 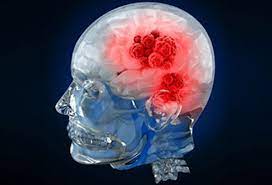 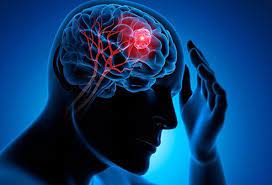