As more states approve marijuana for medical use, its perks — both possible and proven — seem to be growing like, well, weeds. The drug, which comes from the cannabis plant, is used to ease nerve pain, calm nausea during chemo, treat glaucoma, and even manage posttraumatic stress disorder (PTSD).

Research shows it can open up your airways, too. But can something you burn and breathe in help lung conditions that stem from smoking, like chronic obstructive pulmonary disease, or COPD?

“We know that there is some dilation of the airways when people inhale cannabis,” says Albert Rizzo MD, a pulmonologist and chief medical officer at the American Lung Association. “However, when you inhale smoke, you trigger inflammation in your airways.”

You have to weigh the dangers and possible long-term effects of this swelling against marijuana’s possible benefits.

When new benefits roll out that link marijuana with easing symptoms or improving certain conditions, “people sort of latch on to that,” says David Mannino, a pulmonologist and medical director and co-founder of the COPD Foundation. But, he says, “our lungs were designed to inhale air and nothing else. Because something is ‘natural’ doesn’t mean it’s safe."

If you’re both a tobacco and a marijuana smoker, you’re more likely to have breathing problems and COPD. “The two practices of tobacco smoking and marijuana smoking are linked,” Mannino says. “Many people who smoke marijuana also smoke cigarettes.”

The American Lung Association and other professional pulmonary societies stress the harms of inhaling any product that’s combustible, or meant to be burned. They tell people with breathing issues like asthma and COPD stick with the “tried and true” respiratory meds their doctor prescribes. These drugs have gone through clinical trials to show they’re safe and effective, Rizzo says.

The changes in federal laws that open up access to cannabis from many sources will help fuel much-needed research on how it affects the lungs, Rizzo says. Researchers need to use cannabis products that are available in the community at large or are similar to those medical marijuana dispensaries provide. This will more closely mirror the effects they have on users, he says.

As of now, 36 American states have approved cannabis for medical use. Fifteen states allow marijuana for general use by adults.

People also inhale cannabis in different ways. “These include different devices, different breathing patterns, different intensity and frequency of smoking that can be hard to sort out in clinical trials.” Rizzo says. “We need more research.”

There are so many differences among vaping devices, how they’re being used, ingredients, and possible toxins in what you inhale. None of that is well-studied, Rizzo says. “Again, more research is needed.”

“All these vaping devices are superheating … like crack pipes,” Mannino notes. “None of that is good for you.”

As for edibles, they’re not smoked, so there’s no proof they’d harm the lungs. But there’s also no proof that they’re safe, Mannino says. One study found reasons for concern about the largely unchecked, growing edible cannabis product market. The variable or mixed strength of edibles has led to reports of mental distress, stomach and heart-related side effects, and a rise in ER visits.

Marijuana use also has “components of addiction,” Mannino says. People may self-medicate with marijuana to treat other problems, like anxiety.

“You may be treating one thing, but you’re causing another constellation of problems,” he says.

Talk to Your Doctor

If you want to try marijuana for a medical issue, check with your doctor first. Be sure to be honest and straightforward.

“The benefits and risks always should be discussed between the patient and their health care provider,” Rizzo says.

Going beyond ‘back to normal’: 5 research-based tips for emerging from pandemic life 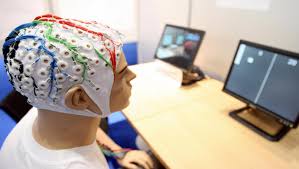