Feb. 1, 2021 — CDC Director Rochelle Walensky, MD, announced Monday that the federal government was sending technical experts to help investigators in Maryland and South Carolina after those states confirmed three cases of the B.1.351 variant of the coronavirus.

B.1.351 was first identified in South Africa. The CDC and World Health Organization have called it a “variant of concern” because it has developed changes to its genetic code that make it more menacing than the original version of the virus.

None of the people who caught this version of the coronavirus had traveled, and they were not related, which shows the variant is probably already spreading from person to person in the community.

This new version of the coronavirus contains changes to the region of the spike protein that human antibodies target to fight the virus. One of these changes, known as an escape mutation, allows it to slip past some the most effective weapons we have against it — including natural antibodies made in response to past infections and vaccines, as well as some lab-created antibody treatments.

This mutation — E484K — has now been found in several variants of the new coronaviruses: In addition to the P.1 variant detected in Brazil, it is also in the B.1.351 variant, and within the past few days has been detected in the more contagious B.1.1.7 variant found in the U.K.

All three of these variants of concern have now also been found in the U.S. Even with the very limited genomic surveillance in the U.S., the B.1.1.7 variant has been found in 32 states; the B.1.351 variant in two states — Maryland and South Carolina; and the P.1 variant in Minnesota.

“Look, we’re going to find it everywhere,” says John Moore, PhD, a professor of microbiology and immunology at Weill Cornell Medical College in New York City. “It’s going to be more widely spread than you might think.”

A new forecast from the University of Washington’s Institute for Health Metrics and Evaluation (IHME) predicts a resurgence of cases in the spring. Their model estimates the U.S. could reach 654,000 deaths by May if the new B.1.351 strain takes hold and people stop wearing masks and social distancing after vaccination. More than 445,000 Americans had died from the coronavirus as of Tuesday afternoon.

Staying home as much as possible and away from other people through the spring could save some 30,000 lives, according to a model from the IHME

The E484K mutation is already causing misery in Manaus, Brazil, a city of 2 million people that sits in the Amazon rainforest.

Brazil, like the U.S., fell short last year in its efforts to ease the COVID-19 crisis. Like former President Donald Trump, Brazilian President Jair Bolsonaro downplayed the risk of the virus, and many people there declined to follow public health recommendations like wearing masks or social distancing.

As a result, Manaus was so hard-hit during its surge of cases last spring that scientists who studied blood samples there estimated that more than 75% of the population might have been infected. As cases dropped over the summer, many wondered whether so many people in Manaus had developed antibodies against the virus that they had achieved some community protection, or herd immunity, against SARS-CoV-2, the virus that causes COVID-19.

The city had not, as it turns out, broken free of COVID.

Cases began to climb again in December, and once again, hospitals were overwhelmed. Some emergency rooms ran out of oxygen, and patients suffocated for lack of treatment.

The second surge baffled researchers and sent them searching for answers. When they looked at the genetic instructions for the coronavirus that was causing the new wave of infections, they could see those blueprints had changed significantly from the original “wild type” virus.

Viruses change all the time. As they copy themselves and jump from host to host, they make mistakes in this copying process, called mutations. Sometimes those mutations give the virus important advantages that help it dominate other forms of the virus.

This new flavor, or variant, of the coronavirus found in Manaus — called P.1 — had 17 key changes, compared to the original.

One of these, the N501Y mutation, is also present in the variant first identified in the U.K., which has made the virus more contagious and caused another surge in cases there. It seems to help the virus bind more easily to doors on our cells called ACE2 receptors.

“This is likely to make it difficult for antibodies elicited by the old variant to bind to the new variant,” says Penny Moore, PhD, who studies virus-host dynamics at the University of Witwatersrand (Wits) in South Africa.

Antibodies are y-shaped proteins that are created by the immune system to find and hunt down foreign invaders. They are custom-built in response to each specific threat the body encounters.

When a person makes antibodies against SARS-CoV-2, either because they’ve been vaccinated or have already caught the virus, the body makes an army of these soldiers. After the invader is driven off, some of these antibodies, and the body’s memory of how to make them, remain so they can quickly be re-created if they are ever needed again.

E484K is called an escape mutation because it helps the virus escape this standing army. With this mutation, the virus can slip past our immune defenses and make us sick.

Escape mutations arise as pressure is put on the virus to survive. John Moore and others think pressure that allows mutations to develop comes from an incomplete immune response — something that might happen in a person who has a compromised immune system and struggles for months to shake a COVID infection.

Another scenario that could drive escape mutations is incomplete protection from a vaccine, which could happen in the interval between the first and second doses.

“The period between the two is a period where you have weak antibodies and can create escape mutants,” says John Moore. The U.K. has given public guidance that it’s OK to wait several months between doses of the vaccine, “and that troubles us because it’s a breeding ground for escaped mutants.”

When a mutation develops independently in several versions of the virus over time, that’s called convergent evolution, and it’s a sign that the change confers an important advantage, says Pavitra Roychoudhury, PhD, a Research associate in the Vaccine and Infectious Disease Division at Fred Hutchinson Cancer Research Center in Seattle.

Early evidence suggests the E484K change does indeed give the virus a significant leg up.

Though cases of reinfection are difficult to prove, a growing number of case reports show that people who have recovered from COVID-19 caused by an earlier version of the virus have been reinfected with new variant versions of the virus that contain the E484K change.

The cases include a 45-year-old health care executive working in Brazil. After recovering from the infection in May 2020, she had a more severe bout of it in October, which researchers found was caused by a variant carrying the E484K change. A different team of researchers found another reinfection in a 37-year-old doctor in Brazil caused by a version of the coronavirus carrying the E484K change, with another documented in a 29-year-old in Brazil.

When researchers in South Africa recently tested the B.1.351 variant circulating there against three monoclonal antibodies that are being developed as treatments for patients with severe COVID infections, none could bind with the virus.

Then they went a step further, testing both the original form of the virus and the new variant against antibodies circulating in the blood of 44 people who had recovered from COVID infections. They found that while the antibodies could still stop the older version of the virus fairly well, there was a dramatic drop in their ability to fight off the new version.

On average, you’d need about 8 times higher concentration of antibodies to fight off the new version of the virus, compared to the older one. That threshold is important, according to Trevor Bedford, PhD, an associate professor in the Vaccine and Infectious Disease Division at Fred Hutchinson Cancer Research Center in Seattle. That’s because it’s the line the World Health Organization uses to determine when it’s time to update the seasonal flu vaccines because the influenza virus has mutated enough to require it.

“It’s not going to wipe it out [the effectiveness of vaccines], but it could reduce it, and that’s not something we want to see,” says John Moore.

Drugmakers say they are already redesigning their vaccines in case boosters for the escape mutations are needed.

In the meantime, Anthony Fauci, MD, who directs the National Institute of Allergy and Infectious Diseases, urged Americans to get the vaccine — whatever kind they have access to — as soon as it’s their turn, and not wait for the next generation of COVID shots.

Speaking at a news briefing, he said that viruses “cannot mutate if they don’t replicate, and if you stop their replication by vaccinating widely and not giving the virus an open playing field to continue to respond to the pressures you put on it, you will not get mutations.” 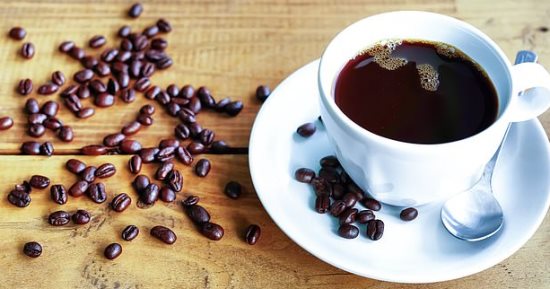