Do peptic ulcers go away?

Left untreated, many ulcers eventually heal. But ulcers often recur if the cause of the ulcer is not eliminated or treated. If ulcers keep coming back, you have an increased risk of developing a serious complication, such as bleeding or a hole in the wall of your stomach or intestine.

Acidic stomach juices that contain hydrochloric acid and enzymes called pepsin may also damage the area of ​​the esophagus, the tube that goes down from the mouth to the stomach.

Contrary to the belief that prevailed in the past, peptic ulcer is not inevitable today, as it is not a medical condition that patients must get used to living with it throughout their lives. .

The pain generally disappears for a certain period of time when taking antacids or antacids, as peptic ulcers may appear in general accompanied by the following symptoms:

There are two main factors for the appearance of peptic ulcers:

H. pylori and NSAIDs break down the protective mucous membrane of the inner wall of the digestive tract, and this mucous membrane prevents stomach juices from harming the stomach and intestines.

The main complications of peptic ulcer disease include:

If you suspect a peptic ulcer, the treating doctor will ask you questions about your symptoms and your general health, in addition to doing a complete physical exam.

Sometimes, if the doctor suspects that there is a peptic ulcer or another disease, such as indigestion,  whose symptoms are similar to those of peptic ulcers, he first tries to treat the symptoms with the help of some medications even before trying to find out the cause of it.

If the symptoms are not severe and the person in question is under the age of 55, the doctor will order some simple tests to look for signs of the presence of H. pylori.

The only way to confirm the diagnosis of a digestive ulcer is to undergo a more complex medical examination called an endoscopy, in an attempt to detect an ulcer or infection caused by the H. pylori bacteria. With an endoscopic examination, the doctor can see the inside of the esophagus, stomach, and intestines.

An endoscopic examination is generally performed by a gastroenterologist, and it is also possible to perform an endoscopy examination if the treating doctor suspects that the symptoms indicate stomach cancer and not a peptic ulcer, which is a very rare condition, during which the doctor can take a small sample from the wall of the stomach. The stomach or intestines, and he may send the sample to a laboratory to check if it contains cancerous cells.

In order to treat peptic ulcers, most people may have to take medications in order to reduce the amount of digestive juices, and in the event of infection caused by the Helicobacter pylori germ, a treatment based on taking antibiotics should be started.

It is not recommended to ignore the symptoms that indicate the presence of ulcers, as they constitute a medical condition that requires treatment, and although the symptoms may disappear for a certain period, the peptic ulcer will remain.

Stomach ulcers can be prevented by the following: 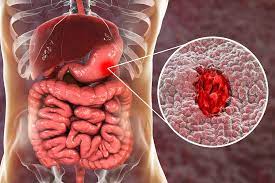